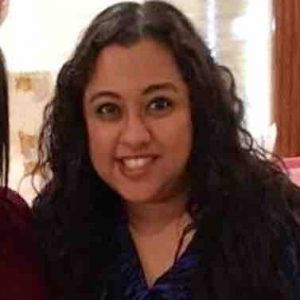 I know as the President of Agile Transformation, you probably constantly receive positive feedback. However, I feel Roger’s recent efforts deserve a special shout out. As I am sure you know, last week we had a JumpStart (2- day Training/1- day Quarterly Planning) for our third LBA Pilot. While it wasn’t the perfect event I dreamed it would be, it was as we like to say “roughly right.” It was the very first LBA (Lean Business Agility) event that I, Eva the Agile Newbie, was in charge of leading. Regardless of the hours of work I put in for preparation, I was nervous and anxious.

While everyone has praised my JumpStart debut as a success, I know the event would never have been such a success without Roger’s large efforts. Roger’s coaching and help in the last two weeks were literally the legs I needed to stand on to lead this session. He went through the deck with me more times than I could count, and he practiced speaking points with me even more times than that. More importantly, Roger was not just worried about my speaking points, but that I actually understood the content that I was presenting.  We practiced days before, hours before, and even on breaks during the workshop. He also was there to support me the weekend prior (during his precious and rare time with his family). The week of the JumpStart, he put in many late nights, and always with one goal in mind, making sure that Tracy and I were confident and ready to lead the next day. He also was very helpful in jumping into the session when we cued him for backup. However, there were so many moments I felt myself saying some of Roger’s words and hoping to do it justice, only to see him smiling and giving me a reassuring thumbs up from the back of the room. I am extremely grateful for these efforts, and while I have communicated them with my leadership team, I wanted to be sure to communicate them with his leadership team as well.

I now feel confident that I could independently deliver a 2-day LBA training, and co-facilitate a quarterly planning. I know it’s probably small potatoes to agile experts, but I feel that  is HUGE for someone who didn’t know what agile was this time last year! While I did independently work very hard to get to this point, I know I wouldn’t be here without Roger’s help and guidance. Like any team, I think Roger and I formed, stormed, and normed and I think we are now even getting to performing. Check us out!  I know there will come a day when I look back and reflect on my Agile journey, and I will definitely remember Verizon and Roger as my foundation. Thank you.